This summer I’ve been taking a break from my own musicking and taking in other people’s performances and compositions. One concert oddity keeps coming up: the fourth wall.

You may well know the scenario. You arrive early to a concert with high expectations only to be kept in the lobby because the orchestra is “still rehearsing.” Then you’re allowed into the hall only to be subjected to the furious chaos of musicians practicing away, cramming for an event moments away. 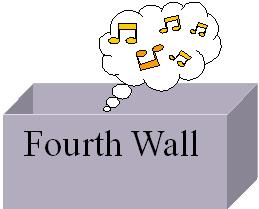 The anticipation of an exquisite evening of live music shatters under the cacophony.

Imagine for a moment – you excitedly arrive at a venue for a dance production, but are held in the lobby while “the troupe is stilling practicing.” Once inside you witness a pair of dancers still on stage as they practice a tricky lift, another dancer repeatedly leaps across the stage trying to ace a difficult leap, and yet another couple rehearses their pas a deux.  Absurd! I’d certainly want my money back!

Or – imagine a theater company “still rehearsing”. And while you sit reading the program notes actors practice lines - all at the same time, at that! – on stage, in their own little world, pretending there’s no audience in the room. Absurd and rude!

Classical music seems the only performance art that refuses to accept that music is performed on a stage – a place with unique responsibilities and demands.

For example, besides the practicing on stage, the first entrances on stage by musicians are usually casual, with attention given to equipment, seating arrangements, music stands, page turns, etc. rather than the audience. Then the musicians’ awareness is directed to a few notes that the musicians play between themselves, for themselves, in that traditional tuning routine. When the conductor appears on stage, the musicians stand – for the conductor rather than the audience! By now, before a note of the musical program has been played, the audience has accepted the idea that the players are indeed behind a fourth wall.

Once the wall’s presence is mutually accepted, it is there for the course of the event. Later, when it comes time for the audience to offer applause from the house, it is directed toward those performers who have remained in front of the wall -  a soloist, conductor, or perhaps composer. Considering the fact that applause is something an audience needs to do, we put an unfortunate damper on their needs very quickly, within the first few moments of a concert.

I can hardly blame musicians for this behavior when I consider the historical context of classical music performance. Musicians have often been an invisible workforce. Either they were considered the anonymous doer who should only be heard or they provided the back drop for a star conductor or soloist. For the most part, musicians could create, or were forced to create, a fourth wall and pretend the audience wasn’t watching or listening because the real show began when the maestro, diva, or virtuoso star entered.

As a conductor in the 21st century, I’d prefer to give musicians an honest stage where they may create a fully-acknowledged relationship with their audience.

One group, St. Martin-in-the Fields treats the stage as a special performance space, and the effect sweeps you into the spell of their music. Pre-concert, the stage is set-up, half-lit and empty of musicians. Everything suggests. The silence and stillness begs for sounds and movement. Then, at “curtain time” out rush the musicians from all sides of the stage, walking swiftly to their place, where they remain standing. They immediately acknowledge the audience’s presence. Then they sit – and bang – the exhilarating wow! of live music fills the room. The pacing is especially effective. Notice the lack of hand-shake and bowing ceremonies. Relegating the tuning process to backstage also prevents the creation of a fourth wall.

The more we keep the stage about the relationship between performer and audience, the more magical.

At a recent concert I sat with a friend, a retired lawyer who frequently attends music, arts, and theater events. During intermission – while the stage was a buzz with string players tackling fast passages, the proverbial trumpet player repeating that one phrase with a large leap, some winds doing fast tonguing passages - I asked him what he thought about this pre-performance noise. His comments were stronger than I expected. “I’ve always wondered why we must be subjected to such crud before we can hear the program. I come to a performance hyped up for ‘on with the show!’ This is just crud.“

Today’s audiences are seeking an experience of live music which engages them with the events and the people on stage. That is – a stage where players and audience fully acknowledge each other’s presence. From here, perhaps we can create a live-music experience that is “worthwhile, unique, and essential” - the goal of live performance as James B. Nicola remarks in Playing the Audience: the Practical Actor’s Guide to Live Performance.

We could learn much from the theater world in regards to the ‘contract with the audience.’ Classical music/musicians seem to relish their distance from the audience. Perhaps this attitude sufficed under a Toscanini or Stokowski with the dazzling spotlight on the conductor. But today’s performers are artists of live music. Let’s give them three walls and a stage worthy of their art.

P.S. After posting the blog it occurred to me....No wonder we select orchestra players according to their ability to perform behind a screen!

While on a cultural exchange tour of China with a community orchestra, we were all shocked to hear that our hosts did not want us to warm up on stage. We were asked to file onto the stage, in order, and sit quietly until the music started. We thought that was strange, but your point here is well taken!

I definitely agree with the removal of the fourth wall regards applauding soloists, and I always loved that about ballet and opera, that things often took a pause while the audience got the chance to clap for particularly good bits or soloists.

"The anticipation of an exquisite evening of live music shatters under the cacophony."

I wouldn't agree with. I sort of like that warming-up noise. :-) Or at least I don't mind it. Bands often warm up on stage or between sets. It feels like just another musical experience to me, like a guitarist tuning up before a set in a bar.

I'm a pianist who as never been a member of a professional orchestra. I absolutely LOVE that sound when entering a hall before a concert! It's part of the aliveness for me. I don't KNOW that I'd miss it if it were eliminated (don't miss it in chamber music concerts), but I know I light up in anticipation when I hear it.

If I were part of the performance, I believe I would look at it differently - more as a whole, as you're describing.

Yes, I too confess that standing in the wings and hearing the strings playing their tuning notes is a thrill - time for making music!

Perhaps it is more meaningful to us than the audience?

Thanks for the comment regarding the screen; point taken, Janis.

I do wish the world were such that we could do without the screen. I want to see how a player interacts with their instrument, with their listener, the printed music. Ideally – how they interact with other players. You can ‘hear’ a lot from watching bow arms and breathing styles. 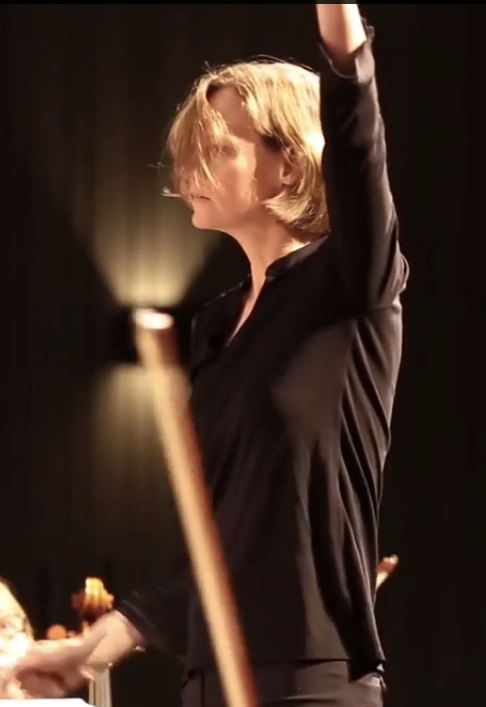